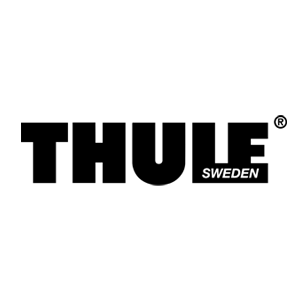 Are two bicycles not enough for your holiday? Then mount the Thule WanderWay 4th rail kit and take up to four bicycles with you on a trip!

The standard version of the Thule WanderWay bicycle...

Are two bicycles not enough for your holiday? Then mount the Thule WanderWay 4th rail kit and take up to four bicycles with you on a trip!

The standard version of the Thule WanderWay bicycle carrier offers space for two bicycles at the same time. Do you want to take more with you? Then choose the Thule WanderWay 4th rail kit, which offers space for a fourth bicycle. The extra wheel channel is easily added to your Thule Excellent bike carrier. Your bicycles remain firmly in place in this wheel well, thanks to the adjustable wheel holders with pump buckles and the supplied bicycle clamp. the high quality Thule system ensures that your bikes arrive safely at your destination.

The Thule WanderyWay bike carrier has been specially developed for the Volkswagen T6 camper van. The fit is perfectly tailored to this model. This makes installation very easy. Thanks to the easily adjustable rails, loading the bicycles is also a simple task. The bike is secured with detachable bike clamps with lockable Thule AcuTight knobs with torque limiter. When these click, you know that the optimal grip has been reached. The bicycle carrier has an elevated position, so that the rear lights and number plate remain visible. Are you not using the bicycle carrier? Then fold it vertically against the trunk, so that it does not protrude.

This extra wheel channel makes it possible to carry a fourth bicycle on your Thule WanderWay bicycle carrier. This means that you can enjoy a fun day out with the whole family!

The next item was successfully added to your basket

The product has been added to the comparison list